Michael Laskin and Andrea Geones teamed up to create the code of ethics for acting classes with one goal in mind: to create a safe and healthy environment for actors.

Michael Laskin has been a professional actor for 40 years, with scores of film and television credits including, “Seinfeld,”  “Eight Men Out”, “NYPD Blue,” “From the Earth to the Moon” (HBO), “The Grifters,” “Hill Street Blues,” “Passion Fish,” “Tracey Takes On,” “LA Law,” “Poodle Springs” (HBO), “Winchell” (HBO), “The Man Who Captured Eichmann” (Showtime), “Disclosure”, and “Iron Will” (Disney). 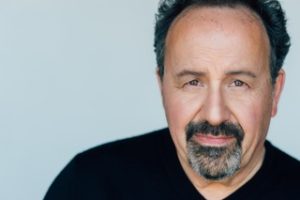 Onstage,  Michael was a company member of The Guthrie Theatre under Michael Langham’s artistic leadership.  He also starred off-Broadway (“The Basement Tapes”), and at other leading regional theatres including The Actors Theatre of Louisville, The Mixed Blood Theatre Company, Seattle Repertory Theatre, The Geffen Playhouse, LA Public Theatre, The Empty Space Theatre, and The Cricket Theatre. Michael played the role of Matt Friedman in the Canadian premiere of “Talley’s Folly” at the Manitoba Theatre Centre, and the role of Richard Nixon in “Tea With Dick and Gerry” at the Edinburgh Festival.  He was awarded the coveted Fringe First Award and this play on to a subsequent run at London’s Roundhouse Theatre.

Michael is also a highly regarded acting teacher and coach at The Michael Laskin Studio (www.michaellaskinstudio.com) in Los Angeles.  His recently published book, “The Authentic Actor – the Art and Business of Being Yourself” has been widely praised as a fresh and newly examined (and non-dogmatic) approach to the work and the life of an actor. He recently spoke of this synthesis of art and business in a TedX Talk at Chapman University.

Michael is a graduate of Northwestern University’s theatre program and earned a Master’s Degree from the University of Minnesota where he was awarded a Bush Fellowship and a Distinguished Alumnus Award.

Andrea Geones was born and raised in Los Angeles. She started her creative endeavors at the age of five with the piano, later on picking up the flute, guitar, and ukulele. Her first acting role came to her when she was nine, playing Snoopy in You’re A Good Man, Charlie Brown.

Andrea’s theatre background extended into adulthood. When she was 18, she won an award for Best Actress for her performance in the world premier of the play Perfect Quiet Place. A couple of years later she did the national tours of the musicals Spank! The 50 Shades Parody and Spank! Harder, the Musical, playing Tasha Wood, the parody of Anastasia from 50 Shades of Grey. Most recently she played Laura in The Glass Menagerie at the Sierra Madre Playhouse.

Andrea has also worked for many years in the independent film community and in viral videos online with companies like Buzzfeed. She played the lost pioneer runaway in the film Custody Road by actor, writer, and filmmaker John Lacy. She had also starred in, written, and produced many short films. She is currently writing several projects, including a feature film and a series detailing her experience working with eccentric customers at an ice cream shop.

Click here to read her article about the cult-like and abusive culture of acting classes.